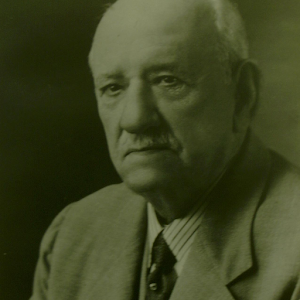 H G Walker Ltd is a family run wholesale fruit and vegetable business with a stand in New Covent Garden. Follow the links above for more information about the company and how to contact us.

H G Walker, pictured on the left, founded the company in 1887.

Eddie Barrett has been successfully running HG Walker Ltd since 2012, although he has been Director since 2003.

Eddie; started his journey in Covent Garden market as an import and commission buyer back in 1982, Eddie then established himself as part of a sales team across the market for 25 years and later joined H.G. Walker Ltd in 2001 after Michael Walker retired. Eddie has remained at the fore front of the stand liaising with customers and sharing his knowledge
of produce daily.

Michael; joined H.G. Walker Ltd in 2011 bringing along a modern and unique touch to his interactions with both customers and business. Michael's youth and enthusiasm has helped bring together old and new concept of business.

Andrew; has a wealth of experience in maintaining company accounts. His loyalty to H.G. Walker Ltd is credible with his 20 years continuous service, and excellent knowledge of the industry.

Henry George Walker, who founded the company, was born and grew up in Brittany with his English father and French mother. In 1887 Henry decided to move to London and set up a business in Covent Garden Market as a fruit merchant. He started with consignments from his own family and immediate neighbours in Brittany. As the business developed it was not long before his brother Arthur joined him in the running of the business.

With the reputation and energy of the two brothers working together, the business soon expanded and started to sell produce from many sources, especially home produce.

In 1975, Derek's two sons, Michael and Nick, became the third generation to run the business. Nick was based solely at New Covent Garden until he retired in 2014, whilst Nick worked at both markets. Eddie Barret, however, is still running the business from New Covent Garden.

HG Walker specialises in providing and supplying predominantly English produce for over 127 years, we work with a selection of expert growers across the country, whose experience, knowledge, and quality are exemplary.
We are renowned for specialising in amazing apples perfect pears and satisfying soft fruits, all from the garden of England, Kent. A vast selection of seasonal produce, finest Yorkshire Rhubarb, Cambridge Asparagus and fresh salads from the New Forest.

Alongside our English produce we have suppliers across the globe who also provide us with top quality foreign imports.
The wide range of home grown and imported produce mean our supplies are always of the freshest quality.